As fiduciaries, we at Standfast have an obligation to put your interests before our own. We do not sell packaged, processed financial products for a commission.

We help you understand what you own. Standfast is a financial boutique that manages over $100 million in private customized stock portfolios.

The Merchant of Death Is Dead: True Stories of the Progress of Humanity

by Scott A. Grant (Author)

What can adventurers, athletes, inventors, and generals teach us about how to live in the modern world? In The Merchant of Death is Dead, pop historian, asset manager, and newspaper columnist Scott A. Grant shares some of his favorite columns. Stories in the book include those of inventor Alfred Nobel, writer Zora Neale Hurston, football player Deacon Jones, surgeon John Snow, adventurer Annie Edson Taylor, visionary Benjamin Franklin, swimmer Gertrude Ederle, clothing designer Tommy Hilfiger, General James Doolittle, golfers Johnny Miller and Jack Nicklaus, athletes “Bullet” Bob Hayes and Mack Robinson, and First Lady Frances Cleveland, plus events such as the discovery of the South Pole, Nazi spies landing on a north Florida beach, and economic bubbles through the years. Scott A. Grant studied economics and history at Cornell University before working on Wall Street. He later earned a law degree from Rutgers University. Over the last fourteen years he has been a regular columnist for two newspapers and has perfected several history presentations. After two years of touring the local northeast Florida civic clubs, museums, and schools, he was asked to produce a book. This is his first publication. He is delighted to share his knowledge of history and investments. 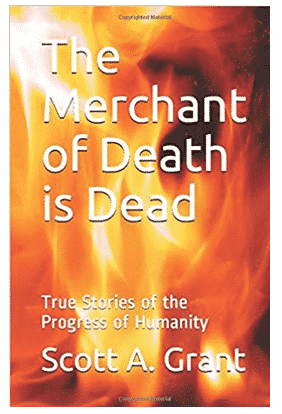 Love the First Coast? Get latest stories delivered right to your inbox