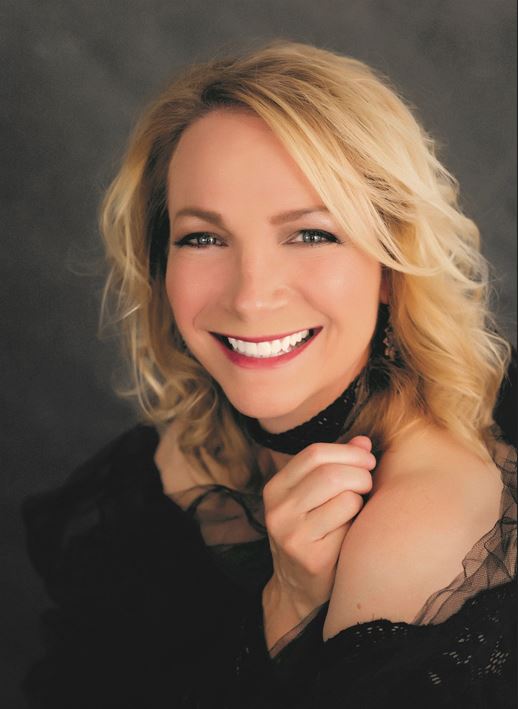 How long have you lived at the First Coast?

We left Northern Virginia (just outside of Washington DC) in 1995, and moved to Gainesville, FL. We arrived in Jacksonville in 1997. I’m a native upstate New Yorker.

What part of First Coast do you reside now?

My family and I live in the Intracoastal West/Ft. Caroline area of Jacksonville.

When did you know you had an interest in music?

According to my parents, I was singing television advertising jingles in my crib, and I was creating song lyrics and melodies while singing them into my tape recorder at age seven.

Did you start with any specific instrument and migrate to other instruments?

As early as elementary and middle school I was singing in choral groups and began performing on stage in musical productions. Throughout high school and college I was involved in musical theater, and was also involved in high school band. During marching band competition seasons I twirled a flag as part of the band auxiliary, and played percussion instruments (mainly bells and xylophone) during concert seasons. At this time I also began learning to play piano. In my early 20s, I sang back-up and lead vocals in a classic/alternative rock band which performed all over the Washington DC metro area for many years before deciding to take a break and focus on raising my growing family with my husband, Bruce Pitre.

Are you currently in a band (or bands)?

When I returned to music nearly five years ago, I flew back and forth to NY and sang several times with musical artist and friend Frank Shiner on NYC stages, and performed his show here Jacksonville in the summer of 2018 with a stage full of local greats that included Will Hurley, Kenny Levine, Johnny “The Claw” Piantadosi, Sammy Buonocore, Sr., Tommy Gilstrap, Skyler Nolan and Marcus Parsley. As for my involvement in local bands, I’ve been invited by Jacksonville musician Vanya Thompson to sub several times as lead female vocalist for her rock band “Hard to Handle”. Then in the late summer of 2019, I began my own musical group called “Fran Pitre & Class Act”, a six member band of incredibly talented musicians and singers featuring Johnny Piantadosi on lead guitar, Stevie Fingers Saracson on keyboards, Sammy Buonocore, Sr. on drums, Steven Miller on bass, and Bill Cook on saxophone. Occasional Class Actors include Kenny Levine, John Kaminski, Tony Scozzaro, Kenny Hamilton, Scott W. Johnson, Danny Booth and Will Hurley. Class Act performs many cover songs, but we also perform original music that I co-wrote, recorded, and co-produced here in Jacksonville with the very talented composer/arranger/musician friend of mine, Kenny Levine. Together Kenny and I have completed and released two independent albums (in 2018 and in 2020), which feature many local musicians/singers including John Piantadosi, James Hogan, Steve Strawley, Scott W. Johnson, DeAndre Lettsome, Juan Carlos Rollan, Teri Levine, Brittany Wescott and Judy Steinmeyer.

Who is your favorite musician or what musician influenced you the most?

It’s very difficult for me to narrow down my musical influences to one person, so I’ll have say that I’ve been inspired by a combination of Glenn Miller, Faith Hill, Michael Bublé, Sarah Vaughan and Norah Jones.

Are there any specific memories or highlights of your career that you would like to tell us about?!

Although every performance with my incredible band is an experience that I enjoy and appreciate, especially when my incredibly supportive and all-around amazing husband Bruce and our awesome six kids are present, I have to say that a couple of memories do stand out. The first time that I performed on stage at The Cutting Room in NYC, and on The Iridium stage on Broadway, well, those were absolute dreams-come-true! A more recent memory is from an event where I was asked to sing “God Bless America” at the opening of a large fundraiser held at the World Golf Village, and as I began to sing before an audience of over 500 people, the room filled with the attendees voices as they began to sing along with me. It was an incredibly moving experience that I’ll never forget.

What area bands or musicians are at the top of your list to go out to hear?

I’d love to attend the Jacksonville Symphony again soon, and we’ve got tickets to see Michael Bublé’s rescheduled concert next month! I have been known to love the bands Maroon 5 and Foreigner a little too much, and to see Billy Joel at the Garden in NY would be absolutely AMAZING!

Do you have a favorite venue that you enjoy playing locally?

I love performing at Whiskey Jax (both locations) as we have many times in the past. Most recently we’ve been performing at Culhane’s Southside location (in Tinseltown), and at The Surf on Amelia Island, Fernandina Beach. I also love performing at Mavi Jax, and look forward to doing so now that they’re putting bigger bands back on their stage! 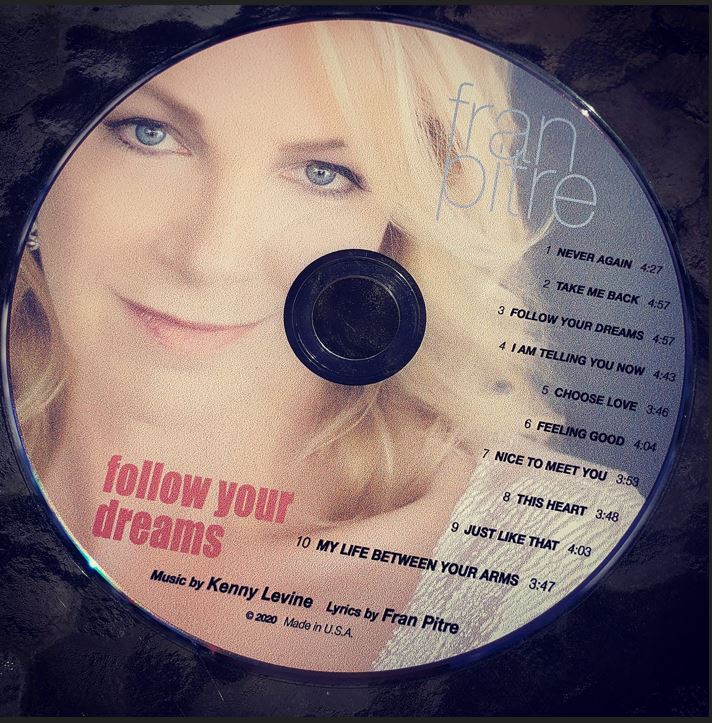 Do you have any gigs coming up to tell our readers about?

What is the best way for musicians to network?

First of all, let me say that I’ve never experienced in any other city where I’ve worked the type of close-knit support and camaraderie that I’ve witnessed and experienced in this local Jacksonville and Beaches music community. Many thanks to all who make up Jacksonville and the First Coast music and their loyal followers! As for networking advice, just get out and meet people. Follow local bands on social media and go listen, watch, and support the bands and the venues where they perform. Show people what you can do, bring your friends, and make some new ones. That’s how it starts.

Are there any local venue owners/managers that you would like to rave about?!

Based upon my and band’s personal experiences, Mary Jane Culhane has proven to be friendly, responsive, supportive, professional, and a complete joy to work with, and I’ll say the same about Anna who manages The Surf. Jimmy Parrish handles and supports many bands very professionally for Mavi Jax, and Tom Fisher truly respects and supports local music here in Jacksonville. It’s an honor to play his Whiskey Jax stages, and he treats musicians he hires like the professionals that they are.

If you had a question you would like to ask another musician what would it be?

I’m the first to admit that I do not have the perfect formula for the perfect sound engineering when we perform at our gigs. During the vast majority of our gigs, our sound has been spot on, but there have been a few times that we’ve struggled. My Dad was a sound design professional, but he unfortunately passed away in 2012 before I returned to music. So if I could ask a music professional one question, it would be of my beloved Dad, and I’d ask him for some strong, “sound advice”.

Is there anything else that you want to tell everyone?

I want to say that it’s an honor to be asked to give this interview for First Coast Life. To the readers, I want to say thank you for your interest, and to please look forward to future editions with more musician and singer interviews because Jacksonville and the First Coast are absolutely packed with incredible music heart and talent!

What advice would you give a person who is considering going into (or returning to) music as a profession?

Well, as a person who has done both I would say to immerse yourself in the aspects of music that interest you, whether it be as part of formal education and/or learning as you go through trial and error. Tap into the drive and thirst that lit that fire in you to begin with, and do what it will take to make it happen. No two people will share the same journey so avoid the temptation to compare yourself to others. Work hard, talk to many people, listen, respect those with experience, be teachable, be honest, and be humble. Trust your instincts, trust God, and trust those who were put on your path because they were placed there for a reason. And remember to follow your dreams because they weren’t given by mistake.

(Find Fran and listen to her music on Spotify by clicking here!) 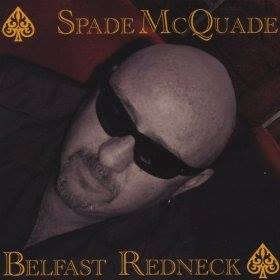 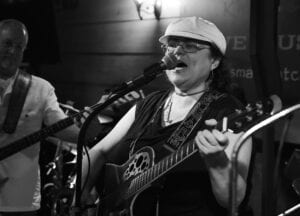 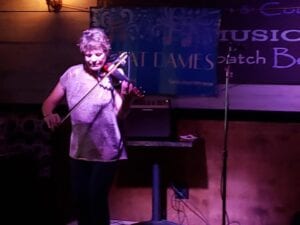